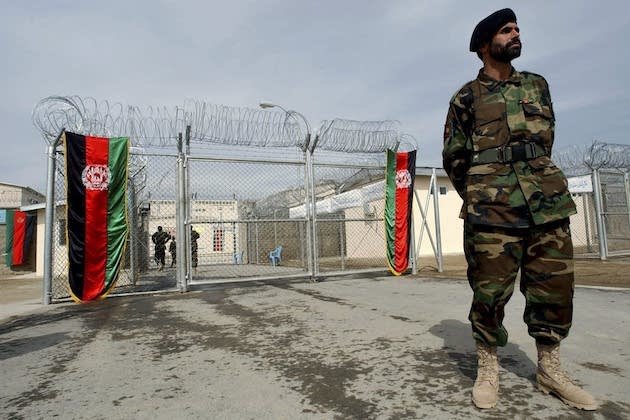 <p>KABUL, Afghanistan - Abuse and torture of political prisoners in jails is still happening, despite government measures to stamp it out.</p><p>Evidence has emerged of prisoners being suffocated, subjected to electric shocks, abuse of genitals, and being suspended from ceilings. The one consolation is that there has been some abating of the practices, which are considered to be still widespread.</p><p>The UN Assistance Mission in Afghanistan (<a href="https://unama.unmissions.org/">UNAMA</a>) and the UN Human Rights Office (<a target="_blank" href="http://www.ohchr.org/EN/pages/home.aspx">OHCHR</a>), on Wednesday delivered a <a href="https://www.ohchr.org/Documents/Countries/AF/PreventingTortureReportApril2019.pdf">report&nbsp;</a>on the treatment of prisoners in seventy seven facilities in 28 out of thirty four provinces based on interviews with more than 600 prisoners.</p><p>The report concludes that on average, nearly one in three of the 600 prisoners interviewed, provided &quot;credible and reliable&quot; accounts of suffering.&nbsp;</p><p>In the previous reporting period, covering 2015 and 2016, the ratio was closer to four in 10.</p><p>Beatings represented the most common form of torture and ill-treatment, according to the data, which also noted that &quot;the vast majority&quot; of prisoners held for alleged links to extremist group ISIL (also known as Daesh) or other opposition forces, said they had been tortured or ill-treated to force them to confess - and that the abuse stopped once they did so.&nbsp;</p><p>Significant differences in the treatment of prisoners were found depending on where they were held, with&nbsp;one&nbsp;Afghan National Police facility in Kandahar, linked to a 77 per cent torture rate - well above the 31 per cent Afghan National Police facility average.&nbsp;</p><div style="box-sizing: border-box; float: right; caret-color: rgb(51, 51, 51); color: rgb(51, 51, 51); font-family: Roboto, &quot;Helvetica Neue&quot;, Helvetica, Arial, sans-serif; font-size: 14px; font-style: normal; font-variant-caps: normal; font-weight: normal; letter-spacing: normal; orphans: auto; text-align: start; text-indent: 0px; text-transform: none; white-space: normal; widows: auto; word-spacing: 0px; -webkit-text-size-adjust: auto; -webkit-text-stroke-width: 0px; text-decoration: none;"><div style="box-sizing: border-box;">&nbsp;</div></div><p>The Kandahar findings included allegations of &quot;brutal&quot; forms of torture such as &quot;suffocation, electric shocks, pulling of genitals and suspension from ceilings&quot;, UNAMA and OHCHR said, while underlining that abuse allegations in&nbsp; Afghan National Police detention centres had fallen - from a 45 per cent average &ndash; since 2016.&nbsp;</p><p>The report, which finds that youngsters are at higher risk of suffering mistreatment, discusses how prisoners&rsquo; rights are violated in other areas.&nbsp;</p><p>These include a lack of legal safeguards to prevent torture, difficulties in gaining access to lawyers and the continued absence of accountability for perpetrators, with very limited referrals to prosecution.&nbsp;</p><p>UN High Commissioner for Human Rights Michelle Bachelet, said the report&rsquo;s findings demonstrated that the embattled government&rsquo;s policies put in place to combat torture and ill-treatment were having an effect, but they were far from&nbsp;sufficient.&nbsp;</p><p>&quot;A year ago, on this day, the government of Afghanistan committed itself to the prevention of torture by acceding to the Optional Protocol to the Convention against Torture,&quot; Ms. Bachelet said Wednesday.&nbsp;</p><p>&quot;I urge the Government to work swiftly to create a National Preventive Mechanism to ensure independent, impartial scrutiny of the treatment of detainees. A well-resourced watchdog of this sort, which is able to make unannounced visits to places of detention and raise awareness of what constitutes torture and ill-treatment according to international human rights law, can go a long way towards the&nbsp;ultimate goal&nbsp;of fully eradicating torture.&quot;&nbsp;</p><p>Also highlighted in the report are concerns over an Afghan National Army-run detention facility in&nbsp;Parwan, in the north-east of the country.&nbsp;</p><p>These include overcrowding and the use of solitary confinement as the sole disciplinary measure, despite progress and &quot;tangible results&quot; made by the government in implementing a national plan to eliminate torture.&nbsp;</p><p>&quot;We welcome the steps taken by the Government to prevent and investigate cases of torture and ill-treatment over the past two years,&quot; Tadamichi Yamamoto, the UN Special Representative for Afghanistan said Wednesday.&nbsp;</p><p>&quot;However&hellip;there is still a long way to go to eradicate this horrendous practice among conflict-related detainees,&quot; he added. &quot;Respect for the rule of law and human rights is the best way to create the conditions for sustainable peace.&quot;&nbsp;</p><p>(Photo: AP/Musadeq Sadeq)</p>

APIA, Samoa: The new prime minister of the island nation of Samoa has said she will cancel a Chinese-financed port ...

WASHINGTON, D.C.: President Joe Biden has announced that millions of federal workers will either need to show proof of having ...

German woman walked around for weeks with winning $39M ticket

BERLIN, Germany: A German woman walked around with a winning $39 million lottery ticket in her purse for weeks before ...

IJSSELSTEIN, Netherlands - Up-and-coming football talent Noah Gesser and his teenage brother have been killed in a head-on collision.Ajax's 16-year ...

Uber tells returning employees they must be vaccinated against Covid

WASHINGTON, D.C.: In a bid to reduce greenhouse gas pollution, the White House has asked automakers to voluntarily pledge to ...

NEW YORK CITY, New York: Pfizer has projected a 29 percent increase in the sales of its COVID-19 vaccine in ...

Biden says ban on rental evictions to end on Saturday

WASHINGTON, D.C.: The nationwide ban that prevents landlords from evicting those who do not pay their rent will expire Saturday.The ...