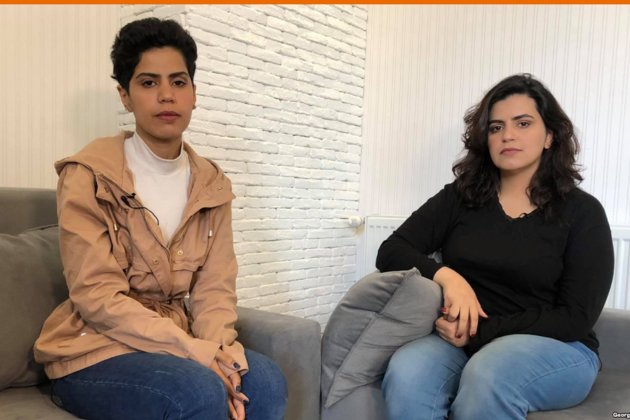 Two Saudi sisters, who say they fled their own country because of oppression, have applied for asylum in Georgia but still feared they could be reached by their family and forced back to Saudi Arabia.

The sisters, Wafa al-Subaie, 25, and Maha al-Subaie, 28, were offered assistance and protection by the Georgian government on April 18 after they plead for help via Twitter. They are currently being held in a shelter in a secret location, Georgian authorities say.

However, the sisters told the Thomson Reuters Foundation on April 19 that they would rather move to another country where Saudi citizens cannot enter without a visa.

The sisters told RFE/RL on April 18 that they chose to come Georgia only because Saudis dont need entry visas to go to the country.

We dont know anybody in Georgia, we just decided to come here because there is a visa-free regime...we didnt have any other option, the sisters said, adding that they arrived in Georgia from Turkey.

The sisters had made their case for international help on Twitter under the account @GeorgiaSisters, posting video appeals and messages seeking protection from the UN refugee agency, UNHCR.

In one message, one of the women said: We fled oppression from our family. She claims that her father and brothers arrived in Georgia and they are looking for us.

There were no immediate comments from the womens family.

This is the latest case of Saudi women fleeing the ultraconservative Islamic kingdom, where women need the permission of their male guardian if they want to work, marry, or travel.

In January, a Saudi teen holed up in a Thai airport hotel to escape her family and won asylum in Canada.

With reporting by Reuters and the BBC