Hotel occupanies and room rates falling because of Airbnb 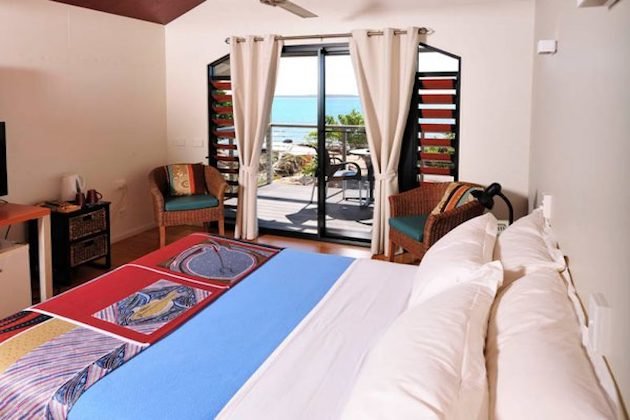 <p>WASHINGTON DC - A recent study has found that the exponential growth of Airbnb is shaking up the hotel industry as it is devouring an increasing share of hotel revenues. Moreover, it is dropping down room prices and occupancy rates.</p><p>The research published in Tourism Management examined the effects of Airbnb in 10 major United States cities between 2008 and 2017.</p><p>&quot;This is the first study confirming the negative impact on those three key metrics in the hotel industry. Increased competition from Airbnb is mainly affecting hotel prices and revenues, but occupancy rates are also down slightly,&quot;&nbsp; Tarik Dogru said Saturday.</p><p>&quot;Over the past 10 years, Airbnb has grown into the world&#39;s largest online marketplace for lodgings and now qualifies as a disruptive innovation,&quot; Dogru said.</p><p>The company&#39;s listings have grown more than 100 per cent a year - Airbnb now boasts six million listings in 81,000 cities worldwide - and that the dramatically larger supply of accommodations has significantly affected hotels&#39; room prices and revenues.</p><p>Dogru found a one per cent increase in Airbnb&#39;s supply lowered hotel revenues between 0.02 and 0.04 per cent, which he estimated in New York City alone would have amounted to a loss ranging between $91 million and $365 million in 2016. The lost revenues came mainly from economy and luxury hotel listings.</p><p>That&#39;s a new finding for the luxury segment compared to previous research. Dogru attributed it to Airbnb&#39;s push to offer more luxury experiences.</p><p>The company recently launched Beyond by Airbnb, a travel-planning service featuring high-end designer homes and other upscale properties, such as castles, treehouses, boats, and yachts.</p><p>Dogru also found Airbnb negatively affected midscale hotels. Past research concluded room prices were so similar between midscale hotels and most Airbnb listings that consumers were not motivated to switch to Airbnb.</p><p>The study found increasing demand for authenticity in lodging, and travellers felt Airbnb properties were more authentic than franchised hotels.</p><p>&quot;Consumers don&#39;t want to stay in a new city in the same old hotel. More people want an authentic experience, and Airbnbs offer that - the chance to engage with local people and have localized experiences,&quot; he said.</p><p>Airbnb&#39;s business model has flourished for many reasons. Customers like having access to an enormous supply of properties and rooms at a wide variety of prices, often more competitive than hotels, and Airbnb collects commissions on every booking.</p><p>In addition, Dogru said the company does not follow conventional rules.</p><p>&quot;Airbnb does not ensure the security of guests, it&#39;s not taxed in some jurisdictions, and it has the flexibility to add new supply because of a lack of regulation,&quot; Dogru said.</p><p>&quot;Those are some reasons why Airbnb has a significant competitive advantage against the hotel industry because adding a new hotel to the market can take several years,&quot; he added.</p><p>The lack of regulation in many Airbnb locations translates into less money for cities and local governments, and that reality raises questions for lawmakers and other policymakers because they cannot simply ban Airbnb.</p><p>&quot;Decisions on how to regulate sharing-economy platforms will not be straightforward. The application of excessive legislation and regulation driven by the interests of incumbent industries has the potential to stifle innovation that ultimately benefits the consumer. Lawmakers are clearly still grappling with the nuances of this emerging phenomenon,&quot; Dogru added.</p><p>Dogru believes local communities need Airbnb because it creates indirect economic benefits for restaurants, entertainment and leisure activities.</p><p>&quot;You need Airbnb, especially when there is excess demand for rooms, but there must be regulation without killing innovation. Airbnb is still in its infancy, and more hosts are being added to its supply every day in many markets. Airbnb is indeed a disruptor, and it is here to stay,&quot; Dogru said. (ANI)</p><p>(Photo: Groote Eylandt Lodge managed by Metro Hotels, Northern Territory, Australia).</p>

CLARK COUNTY, Nevada: The reservoir created by the mighty Hoover Dam has fallen to its lowest level ever, as the ...

LONDON, England: As a Covid variant has taken hold in Britain, plans to eliminate the remaining Covid restrictions might be ...

In message to Russia, Pentagon to send $250 million in aid to Ukraine

WASHINGTON D.C.: In a message to Russia, the Biden administration announced on Friday that it was sending a new package ...

The widely respected international medical journal The Lancet, which has been publishing medical research since 1823, has called for a ...

FORT WORTH, Texas: American Airlines will purchase flying taxis to ferry passengers high above the congestion of crowded cities.In moving ...

WASHINGTON D.C.: American companies, including Amazon.com, Apple and Nike, came under fire by a U.S. Senator on Thursday for disregarding ...

WASHINGTON D.C.: The highest number of passengers since the start of the Covid pandemic passed though U.S. airports on Friday. ...

WASHINGTON D.C.: The U.S. Food and Drug Administration said Friday that Johnson & Johnson must destroy millions of doses of ...

DUBLIN, Ireland: April figures showed a significant improvement in trade between Ireland and the UK, with British exports to Ireland ...

Mixed day for Asian stocks, Nikkei 225 in Tokyo does best

SYDNEY, NSW, Australia - Stocks were mixed in Asia on Monday while the major currencies fell slightly against the U.S. ...

NEW DELHI, India: After being stung by public criticism over the high costs of medical care during the Coronavirus surge ...