The Danny Joe Memorial Golf Tournament has been Relocated to Davenport, Iowa as the Cornish Family Seek to Make it the Biggest Year Yet. It will be a Day of Festivities to Raise Money for Fighting Cancer and Remembering Danny Joe Cornish.

DAVENPORT, IA / ACCESSWIRE / June 12, 2019 / A long-running golf tournament charity fundraiser has been relocated to Davenport, Iowa, where the memory of Danny Joe Cornish will be celebrated. Called the Danny Joe Memorial Golf Tournament, it began over 22 years ago and has grown steadily since its inception. 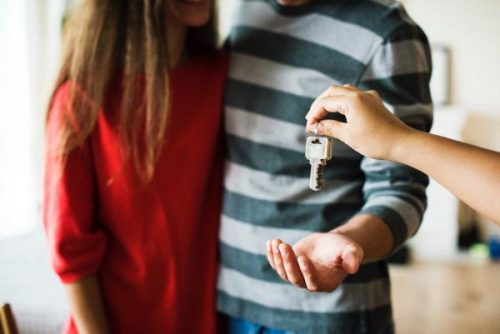 More information can be found at: https://gokeymortgage.com/community-involvement

Danny Joe Cornish, the son of Kelly and Billie Cornish, passed away at just six years old after a long battle with cancer. He is remembered by his family and friends, who Danny - a compassionate, fun loving boy - loved dearly.

Danny inspired the world around him to understand the true value of love and the importance of spending time with loved ones. During the summer months, one of his favorite things to do was attend a popular summer camp that was run by a group known as The Heart Connection at the time.

The Cornish family was one of the founding families of the group, which has since been rebranded as the Children's Cancer Connection. It is an Iowa based non-profit organization that offers care, connection and support for families battling cancer. More information can be found at https://www.facebook.com/john.cornish.391.

The CCC sponsors two weeks of camps each summer with the aim of providing attendees an exciting and fun time, while raising money for families in need. One week is run for children with cancer, and a second week hosts the siblings of those patients.

Originally, the Danny Joe Memorial Golf Tournament was created by his family as a way to raise money for the camp that gave him so much enjoyment during those summer months.

All of Danny's siblings attended the sibling camp, with Matt and Kelli returning as volunteers. Until recently it has been held in Oskaloosa, Iowa, but this year it will be held in Davenport.

Attendees will be able to enjoy a variety of games with the aim of making it a fun-filled day for all the family. The tournament will provide a small breakfast, snacks, lunch and a prize ceremony after the completion of the event.

The popular event regularly raised between $8,000 - $10,000 per year, and the family is looking to make this year bigger than ever.

Full details can be found at https://www.djcgolf.com or on the URL above.

MIAMI, Florida - U.S. President Donald Trump went to Florida on Friday for a briefing on what he said has ...

GENEVA, Switzerland - Lebanon, faced with an economy in upheaval, mass protests, and the crippling effects of the coronavirus is ...