Georgian Opposition Television To Be Sold By New Owner 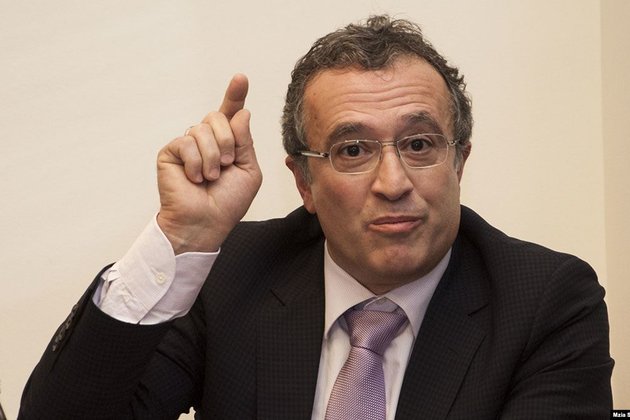 TBILISI -- The new owner of Georgia's main opposition television company, Rustavi-2, has announced his intention to sell it.

Kabir Khalvashi's decision to sell the channel was posted on Rustavi's website on August 12.

In a separate statement, Khalvashi said Rustavi-2 was in a 'catastrophic' financial situation because of its debts and he couldn't 'pull the company out of a deep crisis.'

Khalvashi's announcement comes less than a month after the European Court of Human Rights (ECHR) upheld a March 2017 verdict by Georgia's Supreme Court on restoring the ownership of Rustavi-2 to previous owner Khalvashi, who is seen as close to the current government.

Critics say Khalvashi's move is an attempt by the government to stifle political dissent in the media ahead of parliamentary polls scheduled for next year.

Rustavi-2's other co-founders, Davit Dvali and Jarji Akimidze, said on August 12 that Khalvashi's announcement is meant to complicate the legal battle over the ownership of the media outlet.

Dvali and Akimidze also said Khalvashi wants to make sure the channel will come under the control of someone close to the leader of the ruling Georgian Dream party, tycoon Bidzina Ivanishvili.

LINGAYEN, Pangasinan, Jan. 24 (PIA) - As China is grappling to contain an outbreak of coronavirus, in the Philippipines, the ...

SYDNEY, NSW, Australia - Flags will be flown at half mast throughout New South Wales in Australia on Friday, following ...

Heads of state and government from dozens of countries arrived in Jerusalem to mark the 75th anniversary of the liberation ...

GENEVA, Switzerland (ANI/Sputnik) - The WHO Emergency Committee held a discussion on Wednesday over concerns about the coronavirus outbreak in ...

DUBLIN, Ireland - The importance of the tourism industry to Ireland has been highlighted in a report which has examined ...

SYDNEY, Australia - Shares in China dropped sharply on Friday as two populous cities in the country went into lockdown ...

Huanggang locks down over coronovirus threat

BEIJING, China - The authorities in Huanggang city in China have imposed a quarantine lockdown in a bid to stop ...