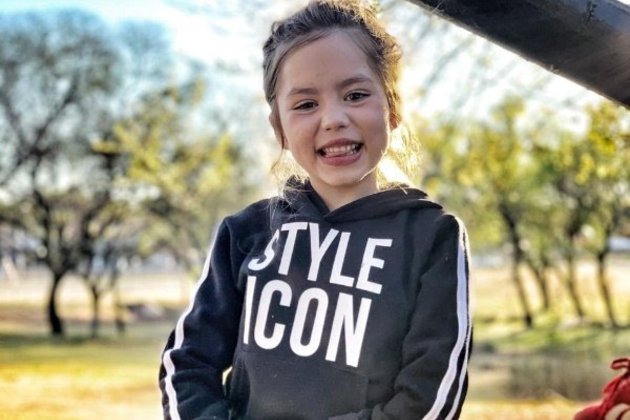 The Laerskool Kollegepark teacher who was arrested on Wednesday for the kidnapping of Amy'Leigh de Jager, 6, in Vanderbijlpark, was allegedly using "narcotics" and owed money to drug lords.

This is according to a WhatsApp voice note which a man who claims to be the teacher's father sent to a family member.

READ | Amy'Leigh, 6, after kidnap ordeal: 'I want a burger and my brother'

A close family friend confirmed to News24 that the voice note was authentic. Rapport also confirmed its authenticity.

The 27-year-old teacher, whose name is known to News24, was arrested along with two alleged accomplices by members of the Family Violence, Child Protection and Sexual Offences Unit.

The news that one of the alleged kidnappers was a teacher at the school - and a close friend of the family - came as a shock to many residents of the Vaal town.

'She was the mastermind'

In an attempt to pre-empt the imminent revelation of his daughter's identity as one of those who were arrested, he sent the voice note, saying: "I just wanted to tell you, so that you don't hear it from someone else - the mastermind behind the kidnapping of that little girl (Amy'Leigh) was my child. She organised the entire thing with the others, but she was the mastermind.

"They locked them up [on Wednesday] night. I didn't know this, but she [uses] narcotics, and she needed money to pay the people (drug dealers). I just wanted to tell you so that you don't get a shock when you hear that it was my child. So, the news has been broken and now you know. Have a good day."

On Monday, four men snatched Amy'Leigh from her mother's car at the school and drove off in a white Toyota Fortuner, News24 previously reported.

After initially demanding R2m as ransom, her kidnappers abandoned their plan and dropped Amy'Leigh off between 02:00 and 02:30 on Tuesday in a street close to The Shakespeare Inn hotel in Vanderbijlpark.

A man and a woman - identified by Rapport as Hendrik Brandt, 25, and Savannah Kriel, 22 - were on their way home from a bar when they came across the girl and took her to the Vanderbijlpark police station where she was reunited with her parents.

On the teacher's Facebook page, the two women can be seen together in several pictures, and compliment each other using the nickname "heksie" (little witch).

Shortly after the kidnapping on Monday, the teacher sent a series of WhatsApp voice notes to parents, saying that there are "sickos out there" and asking for money for "flowers and a hamper" for Amy'Leigh's parents.

The teacher and the others who were arrested are expected to appear in the Vanderbijlpark Magistrate's Court on Monday.

Suit filed against Total for failure to limit global warming

PARIS - In a groundbreaking case in France, energy giant Total is being sued for allegedly failing to adequately fight ...

As he faces charges of misusing more than $1 billion in state funds, the husband of Angolan billionaire Isabel dos ...

Survivors recount horrors of the Holocaust

When the Nazis invaded Poland, overnight, nine-year-old Theodor Meron became "a refugee, out of school, out of childhood and constantly ...

DUBLIN, Ireland - A 37-year old man and his 27-year old wife each been sentenced to around five years in ...

Suit filed against Total for failure to limit global warming

PARIS - In a groundbreaking case in France, energy giant Total is being sued for allegedly failing to adequately fight ...

NEW YORK, New York - U.S. stocks were mostly higher on Tuesday after sharp falls on Monday.Stocks rebounded across the ...

As he faces charges of misusing more than $1 billion in state funds, the husband of Angolan billionaire Isabel dos ...

SYDNEY, Australia - Stocks in Asia remained in sell-mode on Tuesday, a day after stock market falls were felt across ...

Nike on Monday suspended the sale of Kobe Bryant merchandise on its online store, multiple outlets reported.According to ESPN, a ...