Sale of Ohio pipeline to NEXUS to come with FTC conditions 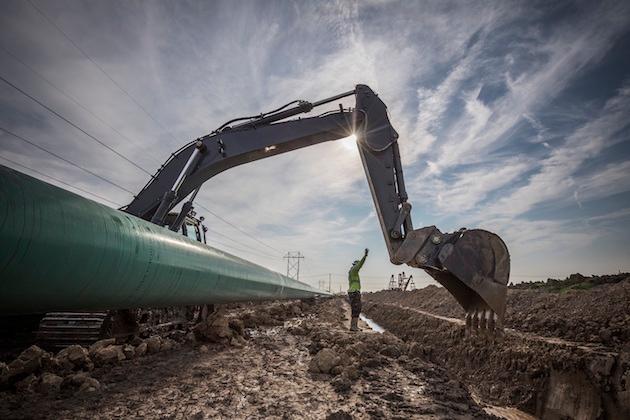 According to the FTC's complaint, NEXUS, which is owned in equal shares by DTE and Enbridge, agreed in January to pay $160 million for Generation Pipeline LLC. Generation owns and operates a 23-mile pipeline in the Toledo, Ohio area.

The complaint alleges that NEXUS's purchase of Generation from North Coast Gas Transmission LLC ("North Coast") and several other owners is anticompetitive due to a non-compete clause that keeps North Coast from competing to provide natural gas pipeline transportation, for three years after the acquisition closes, in parts of the Ohio counties of Lucas, Ottawa, and Wood.

North Coast's primary asset is a 280-mile natural gas transmission pipeline system that spans 13 Ohio counties, including Lucas, Ottawa, and Wood. The complaint alleges that the sale agreement's clause prohibiting North Coast from competing in parts of Lucas, Ottawa, and Wood counties violates federal antitrust law. According to the complaint, the non-compete clause eliminates actual and potential competition for three years between North Coast and any other pipeline. It also is not reasonably limited in scope to protect a legitimate business interest, according to the complaint.

According to the complaint, no affordable or practical alternatives exist to replace pipeline transportation and delivery of natural gas, and entry would be complicated, expensive, and time consuming.

The proposed consent agreement preserves competition by requiring the parties to eliminate the non-compete clause from the sales agreement. Also, absent prior Commission approval, Nexus, DTE, and Enbridge are barred from participating in a written or oral agreement that restricts competition between any of them and another provider of natural gas pipeline transportation in the Ohio counties of Lucas, Ottawa, and Wood. The order also requires Nexus, DTE, and Enbridge to provide prior notice if any of them seek to acquire the North Coast system or any other natural gas pipeline in Lucas, Ottawa, and Wood counties.

The Commission vote to issue the complaint and accept the proposed consent order for public comment was 5-0. Commissioner Christine S. Wilson issued a concurring statement, and Commissioners Rohit Chopra and Rebecca Kelly Slaughter issued a joint concurring statement. The FTC swill publish the consent agreement package in the Federal Register shortly. Instructions for filing comments appear in the published notice. Comments must be received 30 days after publication in the Federal Register. Once processed, comments will be posted on Regulations.gov.

The Commission issues an administrative complaint when it has "reason to believe" that the law has been or is being violated, and it appears to the Commission that a proceeding is in the public interest. When the Commission issues a consent order on a final basis, it carries the force of law with respect to future actions. Each violation of such an order may result in a civil penalty of up to $42,530.