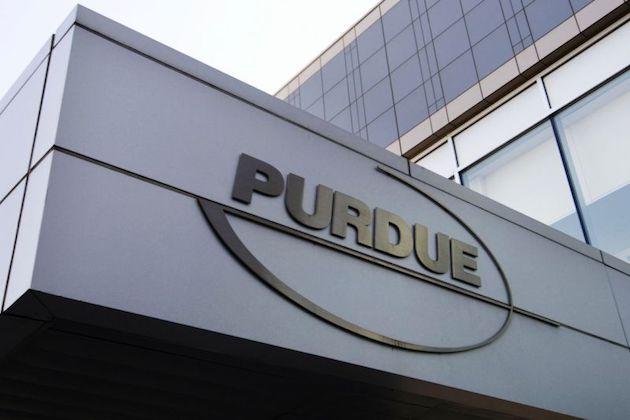 STAMFORD, Connecticut - Purdue Pharma has announced it has reached an agreement in principle on a framework for settling the U.S. opioid litigation facing the company.

The agreement, reached on Sunday, is with with 24 state attorneys general, analogous officials from five U.S. territories, the Plaintiffs' Executive Committee in the multidistrict litigation (MDL), and co-lead counsel.

The settlement structure is estimated to provide more than $10 billion of value to address the opioid crisis.

The key elements of the settlement, which is subject to court approval, include:

- The owners of Purdue contributing all of its assets to a trust or other entity established for the benefit of claimants and the American people;

- The new company ("NewCo") being governed by a new board selected by claimants and approved by the Bankruptcy Court;

- NewCo potentially contributing tens of millions of doses of opioid overdose reversal and addiction treatment medications at no or low cost;

- NewCo agreeing to be bound permanently by injunctive relief, including marketing restrictions on the sale and promotion of opioids; and,

- In addition to 100% of Purdue, the Sackler families contributing a minimum of $3 billion, with the potential for substantial further monetary contributions from the sales of their ex-U.S. pharmaceutical businesses.

"This unique framework for a comprehensive resolution will dedicate all of the assets and resources of Purdue for the benefit of the American public," Steve Miller, Chairman of Purdue's Board of Directors said Sunday.

"This settlement framework avoids wasting hundreds of millions of dollars and years on protracted litigation, and instead will provide billions of dollars and critical resources to communities across the country trying to cope with the opioid crisis. We will continue to work with state attorneys general and other plaintiff representatives to finalize and implement this agreement as quickly as possible."

Under the agreement reached among the parties, Purdue's unique technical know-how and deep experience in developing medicines will be used for the benefit of the American public.

The settlement framework contemplates that NewCo could provide to states and local communities, at no or low cost, life-saving opioid overdose reversal medications such as nalmefene and naloxone.

Purdue says it has received FDA fast-track designation for nalmefene hydrochloride, a much-needed treatment that has the potential to reverse overdoses from powerful synthetic opioids such as fentanyl.

NewCo could also continue supporting the development of an over-the-counter (OTC) nasal naloxone product, and provide millions of doses of these medicines at no or low cost to communities around the country.

Pharma says it is hoped that this will dramatically increase access to this life-saving opioid overdose reversal medication, one of the FDA's top public health priorities.

To finalize and implement the settlement agreement, Purdue on Sunday filed for reorganization under Chapter 11 of the U.S. Bankruptcy Code as the next step in implementing this historic agreement in principle. This court-supervised process, Pharma says, is intended to, among other things, facilitate an orderly and equitable resolution of all claims against Purdue, while preserving the value of Purdue's assets for the benefit of those impacted by the opioid crisis.

Court documents and additional information can be found at a website administered by Purdue's claims agent, PrimeClerk, or by calling the Company's restructuring information line, toll-free in the U.S., at (844) 217-0912. For calls originating outside of the U.S., parties can dial +1 (347) 859-8093.