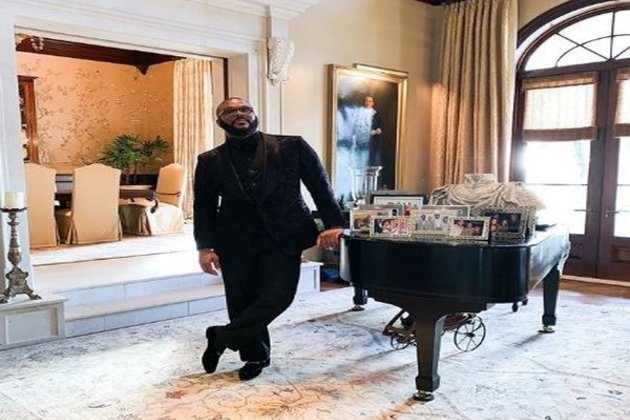 Washington D.C [USA], Oct 8 (ANI): American actor Tyler Perry who has been missing from the limelight believes that the Hollywood industry has overlooked the magnitude of his impact.

"I clearly believe that I'm ignored in Hollywood, for sure, and that's fine. I get it," Perry told Gayle King in an interview for 'CBS This Morning' ahead of the opening of his new film studio Tyler Perry Studios, reported Fox News.

"Hollywood doesn't necessarily speak the language. A lot of critics don't speak that language. So, to them, it's like, 'What is this'," the 50-year-old star said.

The actor also revealed that he knew the reach of his work and he has also known the industry's hesitation over his projects.

"I know how important every word, every joke, every laugh [is]. I know what that does for the people where I come from and the people that I'm writing for. So, yeah, I get that."Perry welcomed some of the Hollywood A-listers to usher in the new headquarters for his TV and film studio in Atlanta - including Beyonce, Kelly Rowland, and Michelle Williams, a Destiny's Child reunion.

75% of consumers in UK, Australia and U.S. slam Chinese government

LONDON, UK - More than 75% of consumers in the UK, US and Australia blame the Chinese government for the ...

JERUSALEM - The only Palestinian industrial area in East Jerusalem is to be demolished, and the present occupiers of the ...

HOUSTON, Texas - Over 60,000 people showed up for a Houston protest and rally in the wake of George Floyd's ...

LONDON, UK - Altaf Hussain, the founder and leader of the Muttahida Qaumi Movement (MQM), has appealed to the United ...

There is no need to wonder why George Floyd (age 46) was murdered in broad daylight in Minneapolis, Minnesota, on ...

With the U.S. deciding to walk out of the Open Skies agreement, the U.S. is signaling to the world that ...

SYDNEY, Australia - Wall Street took a breather on Thursday following more than a week of protests across the U.S., ...

ROME, Italy - Global food commodity prices fell for the fourth consecutive month in May as the coronavirus (COVID-19) epidemic ...

SYDNEY, Australia - Stocks in Asia advanced on Thursday but gains were limited, and not universal.China's Shanghai Composite finished flat.The ...

PARIS, France, June 3 (Xinhua) -- France will maintain its planned tax on digital services at the Organization for Economic ...

SYDNEY, Australia - Stocks in Asia made strident gains on Wednesday, although on the Chinese mainland the advance was limited.The ...