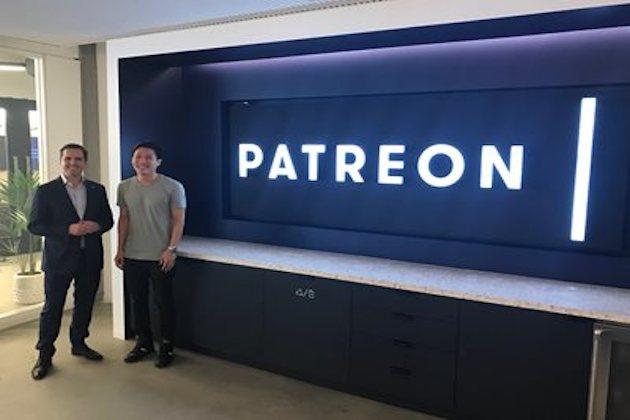 DUBLIN, Ireland - Patreon, the crowdfunding membership and payment platform for independent artists is expanding its international footprint with the addition of an office in Dublin, Ireland.

The new Dublin office will serve as the company's European headquarters.

"I'm delighted to see that Patreon are setting up their European HQ in Dublin with the creation of 30 new jobs. This announcement once again shows that we have the right skills and talent available to enable exciting companies like Patreon to establish and grow their operations in Ireland, and it is why Dublin continues to be the Tech Capital of Europe," Minister for Business, Enterprise and Innovation Heather Humphreys said Tuesday.

"Establishing Patreon's European headquarters in Dublin marks an exciting milestone as we expand our global presence," Sandra McDevitt, SVP, People at Patreon said Tuesday. "Building off of our recently opened office in Porto, Portugal, the roles for the Dublin team will be to focus on Product, Engineering and general administrative positions, enabling us to build on our products and services to meet the needs of our growing creator and patron base."

Martin Shanahan, CEO, IDA Ireland said "I recently met with Sam Yam, co-founder and CTO and the team at the company's HQ in San Francisco where we discussed their plans for the international expansion of Patreon. Its European HQ in Dublin will be an important centre to grow and serve their customer base within Europe and a place where Patreon can access the talent it requires to expand."

One of the top earning creators on Patreon is Irish-based Second Captains, a media production company based in Dublin. Second Captains produces the award-winning football podcast with more than 11,000 patrons supporting through a paid monthly membership program.

Patreon is a membership platform that connects creators with their biggest fans and enables those fans to become paying members, or patrons, of their favorite creators. Co-founded in 2013 by YouTube star Jack Conte of the band Pomplamoose, and Sam Yam, the group says it believes that every creator in today's digital economy should get paid. Patreon is a place for creators to establish ongoing and predictable monthly revenue and expand their career as a creator whether they are creating podcasts, music, fiction, game streams, online videos, photography, visual art, and more.

Patreon's more than 100,000 creators are supported by more than 3 million patrons, and Patreon says it is on track to pass $1 billion sent to creators this year.

Protesters for and against lockdowns clash in Germany

HAMBURG, Germany - German police clashed with a large crowd of demonstrators who gathered to protest against a sanctioned anti-lockdown ...

SYDNEY, NSW, Australia - Stocks in Asia charged ahead on Tuesday, adding to gains made on Monday."Investors are trying to ...

SYDNEY, Australia - Tokyo and Sydney shares took off on Monday, and while stocks gained in Shanghai and Hong Kong, ...