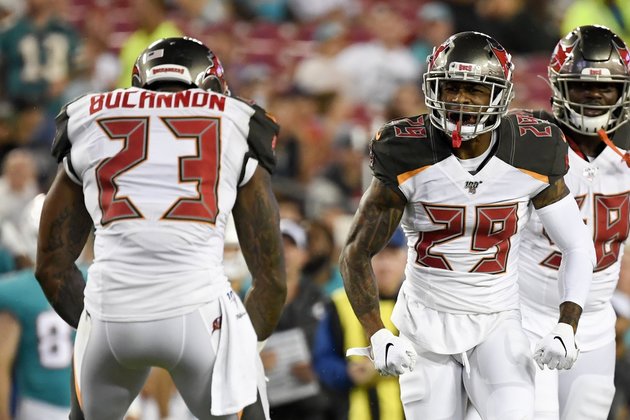 The Atlanta Falcons announced Thursday that they agreed to terms with free agent linebacker Deone Bucannon.

Terms were not announced for the deal that makes Bucannon the sixth former first-round pick to join the Falcons this offseason.

Drafted by Arizona 27th overall out of Washington State in 2014, Bucannon, 27, joins running back Todd Gurley, defensive ends Dante Fowler and Charles Harris, tight end Hayden Hurst and wide receiver Laquon Treadwell as the former first-rounders to join a Falcons squad looking to rebound from a 7-9 season in 2019.

Bucannon split last season between Tampa Bay and the New York Giants, playing primarily on special teams with the Buccaneers for the first five games of the season before the club released him in October. Two weeks later, the Giants signed Bucannon, and he found a home on defense over the season's final nine games.

In 84 career games (57 starts), Bucannon has 434 tackles, 28 tackles for loss, seven sacks and two interceptions in six seasons. The Cardinals drafted him as a defensive back but moved him to linebacker after his rookie season.