Inbox: If he isn't a disaster that day 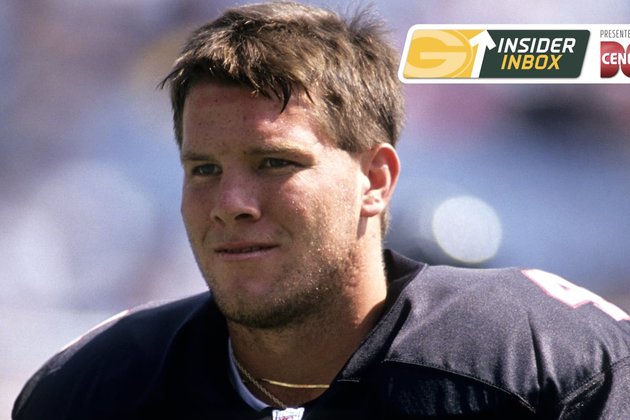 It didn’t matter then, and it matters even less now

Hi Mike. Can Wes update his II photo to match his new COVID-19 bad-boy look? That answer to Dan from Toledo - holy cow!

There must be another UFC card this weekend.

Kevin King had the bad luck of getting bit by the injury bug his first two seasons, but seemed to put together 15 games of good quality cornerback play in 2019. What's the benchmark number of games he needs to be healthy and play to prove last year wasn't a fluke and get another contract? Is there anything he can do in practice and the meeting room to earn an extension if he can't play enough games, and avoid being a draft bust and a "could have been"?

All he can do is take care of his body the way he did last year and maintain if not raise his level of play. He led the team with five picks and easily could have had seven or eight. The rest may not be entirely in his control, given the number of key Packers entering the final year of their deals (Clark, Bakhtiari, Jones, Linsley, Williams) in addition to him.

Regarding the proposed onside kick alternatives, David from San Antonio asks if we aren't rewarding the losing team. I agree, but I disagree that it doesn't happen elsewhere. The NBA "strategic foul" as an example of how a trailing team regains possession. Can you think of baseball situations where strategic rule-breaking creates an advantage? It seems like it's mostly sports with a game clock where this evolves.

Sports with clocks have always been different in that respect, whether you're talking about onside kicks, "unintentional" fouls or pulling the goalie. The league tabled the fourth-and-15 onside kick alternative. Ding-dong the switch is dead (for now).

"Playbooks are constantly evolving in the NFL. LaFleur's will be no different." Nice Yogi-ism, Spoff. Reminds me of, "Nobody goes there anymore, it's too crowded."

The knock on Aaron Rodgers his first couple years as the starter was that he could not win the close games. Fast forward to the 2019 season where he (the team really) was 8-1 in one-score games, and he (they) are accused of being a soft 13-3. Ironic, or just sad?

Meaningless. The perception of the 2019 Packers had/has a lot to do with the fact that three of their December wins (Washington, Chicago, Detroit) were viewed as games that shouldn't have been close. But they ended up one of the last two standing in the NFC, so it didn't matter then, and it matters even less now.

I believe that the Packers are a bit below the Chiefs, 49ers, Ravens, and Saints in terms of Super Bowl potential, but they still won 13 games last year. Adequate replacements for Martinez and Bulaga are required, but how can so many "experts" be putting them outside of the next group of contenders and even in the middle of the league in terms of preseason expectations?

Because then they'd be admitting all their blather about Rodgers being upset, LaFleur getting lucky and Gutekunst having a terrible draft is wrong.

Is it really possible in the NFL to be a fluke 13-3 team? Seriously, how many fluke things would it take to make an average team 13-3? It just seems to be a lazy argument. 2019's in the books and the Packers were among the best teams all season long. Regardless of W-L in 2020, and outside of improving the run defense, what would do the most to establish ML's Packers as here-to-stay contenders?

Bill from Des Moines, IA, got me wondering. Are there any plans to create virtual tours of some of the places at Lambeau that are not part of the tour? Coaches' offices, Wes, Mike, Hod's, and Spoff's office area, cafeteria, etc.?

Hi Mike and Wes. There may be another silver-lining point to the COVID-19 pandemic for the rookies. We always hear about "hitting the wall" during the rookie season. This has been attributed to playing a full season in college, maybe a bowl game, prepping for the combine and pro day, then straight into rookie camp, OTAs, training camp and then the season. Do you think this year the rookies may be a bit more rested, which may eliminate or at least push the "wall" later in their first season?

It can't hurt from a physical standpoint. Their bodies should be in better shape for the long haul. But where they'll be mentally in the early stages of the season with absorbing the playbook and adjusting to the speed of the game are legitimate questions.

Ryan from Noblesville, IN

I'll take either scenario as long as it involves football, or any live major sports at this stage. Beggars can't be choosers.

I really enjoyed Wes's response to Dan from Toledo, OH. I don't know when or why but our society has become obsessed with ranking EVERYTHING from ice cream to movies to how dog food tastes (to humans). But what ends up happening in the sports world is people spend so much time picking apart LeBron or Jordan, Rodgers or Brady, Messi or Ronaldo; they don't appreciate greatness as it happens.

Shoot, how did I miss those dog food rankings?

The recent interviews with the coordinators helped me realize the opportunity for most improvement with the 2020 Packers could be in the area of special teams, not only because of the specialists returning but the 2020 free agents and lower-round draft picks who are fast and athletic and have experience playing special teams in college. The Packers finished 26th in the NFL in Rick Gosselin's annual special-teams rankings in 2019. The Super Bowl champion Chiefs were ranked sixth.

The Packers weren't 26th in the league over the final month of the season once Tyler Ervin came on board. That's where they're starting from in 2020.

Of all the heartbreaking playoff losses, which team had the most potential? The Catch II, fourth-and-26, Favre's last pass, shootout in Arizona, 2013 Hyde just missed, 2014 meltdown, 2015 Hail Mary OT. And would you rather have all those pits or no peaks at all? Memories make us rich.

There's no doubt the '07 and '14 teams were Super Bowl-worthy, so those are the easy ones to choose, coming so close. Of the others, the one I've wondered about the most is the '09 team, which turned things around after a putrid midseason loss at Tampa Bay. From 4-4, that team went 7-1 the second half. It had issues on defense, but its only loss came on a last-play Roethlisberger TD pass at Pittsburgh before dropping that OT shootout in the desert on a fluke play/no-call.

I'm rooting for Mr. Dequoy to make the final roster on the strength of Charlie from NC's pun. The Packers have an established reputation for giving undrafted players a realistic chance at making the roster. Do you have a sense of how long that has been the case? Does it date back to the days of Ron Wolf, or does it predate him?

Apparently the Marc-Antoine Dequoy pun was popular, judging by Inbox reactions. I don't have enough detailed knowledge pre-Wolf, but it definitely dates back to the Wolf era. Linebackers George Koonce and Bernardo Harris entered the league as undrafted rookies with other teams, came to Green Bay in their second seasons, made the roster and played prominent roles for several years. I think it went to another level in the Thompson era because Thompson himself was an undrafted player who lasted a decade in the league.

Mike, I was looking at this year's crop of drafted and undrafted players and I noticed a pattern. A lot of these guys had better seasons (statistically) on their second-to-last year compared to their final year. Is there anything to this or am I just starting to get a little stir crazy being cooped up at home?

I think your overall perception is being skewed by Jordan Love's numbers. Looking strictly at the stats of the draft picks (except the stat-less O-linemen), while the penultimate college season was better for Love and Jonathan Garvin, it was not for A.J. Dillon, Josiah Deguara, Kamal Martin or Vernon Scott.

Looking at all the other NFC North teams, which second-year player will make the biggest jump that the Packers should be concerned with: David Montgomery, Irv Smith Jr., T.J. Hockenson or another player?

Those are the top three choices for me. Another I'd add to the list is Minnesota's Alexander Mattison. Rank them however you'd like.

Doc Brown shows up at your house with a flying DeLorean time machine. The mission is to stop Biff from tampering with the fabric of the space-time continuum as he tries to prevent the Pack from being what it is today. It's obviously too cold during the Ice Bowl for the DeLorean to be able to get back safely. So, what game does he pinpoint as the catalyst for what the Pack is today? A different game from the Lombardi era? Does he go back to '92 to keep the Majik Man healthy? 2010 season finale?

I think he'd have to go back to Nov. 10, 1991, Atlanta at Washington. Favre came in for mop-up duty in a blowout and was 0-for-4 with two picks and a sack. If he isn't a disaster that day, maybe the Falcons don't trade him three months later.

How about a game of II question bingo during the offseason? Questions to get a bingo could include: Is LaFleur really the man for the job? Why isn't Rodgers perfect? Why do we run the ball ever/why don't we run more? Why aren't the WRs better? Can we trade for player X who was really good four years ago? We're not good enough but also why aren't we getting more respect nationally for being the best? Though actually everyone would be a winner within 10 questions so maybe not...

"I'm keeping my fingers crossed the topic will be dead by Saturday. Wait, what day is it again?" Oh, Lordy, I've been counting on you guys to keep track for me. If YOU don't know, NOW what am I going to do? Wait a minute. If NOBODY knows, maybe it really doesn't matter. I guess you can't get lost if you didn't know where you were going in the first place, right?

Happy Friday. See you next month.

North Dakota pipeline supported by Trump ordered to be closed

A U.S. federal judge ruled Monday that a controversial pipeline that runs through Native American lands in North Dakota be ...

One of the lessons the current coronavirus pandemic has taught us is that we depend on electronic devices more than ...