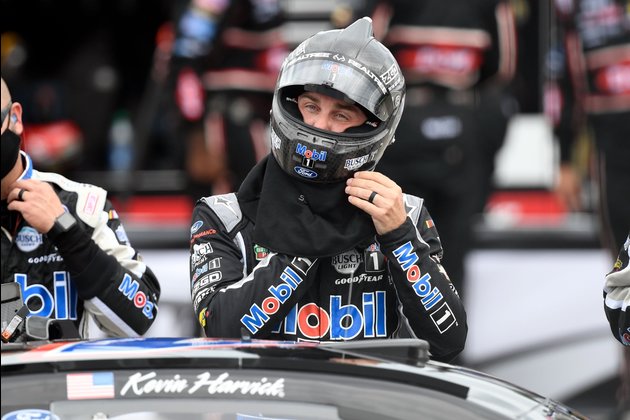 The NASCAR Cup Series is running a Saturday-Sunday doubleheader at Michigan International Speedway this weekend. Considering his results there, you've got to believe that Kevin Harvick wishes it were a triple-header.

Harvick captured the FireKeepers Casino 400 Race at MIS on Saturday and did it in fairly dominating fashion as he led a race-best 92 of 161 laps and captured wins in stages 1 and 2 as well.

The victory was the Stewart-Haas Racing driver's fourth at the 2-mile Michigan oval. He has now won three of the last four Cup races there and Saturday gave him his 14th top-five finish in 39 starts.

Thanks to a rash of late-race wrecks, Harvick had to go to overtime to get the win. But Harvick stayed cool during the ensuing restarts and got the 54th career victory in his Cup career.

His margin of victory over runner-up, and Michigan native, Brad Keselowski was .284 seconds. Keselowski, of Team Penske, has yet to win at his home track.

The victory was Harvick's fifth of the season, tying him with Joe Gibbs Racing's Denny Hamlin for most in the series. He has now finished in the top-five of the last nine races.

The second race in the MIS double-header will be held on Sunday afternoon with a scheduled start at 4:30 p.m. Eastern.

Four drivers were sent to the rear of the field. Both drivers for Roush Fenway Racing -- Ryan Newman and Chris Buescher -- were penalized for spoiler violations while Jimmie Johnson and Joey Gase were penalized for twice failing pre-race inspection.

Why Biden should not pick Michele Flournoy as defense secretary

If the Democrats manage to push Joe Biden over the finish line in November's election, he will find himself presiding ...

Life could be habitable underground on Mars, scientsts say

MASSACHUSETTS, September 23 (ANI): Recent science missions and results are bringing the search for a life closer to home, and ...

SYDNEY, NSW, Australia - It was all red ink in Asia on Thursday as all the major indices declined.In Tokyo, ...

An employee arranges products to be exported to Russia at a food processing company in Suifenhe, northeast China's Heilongjiang Province, ...