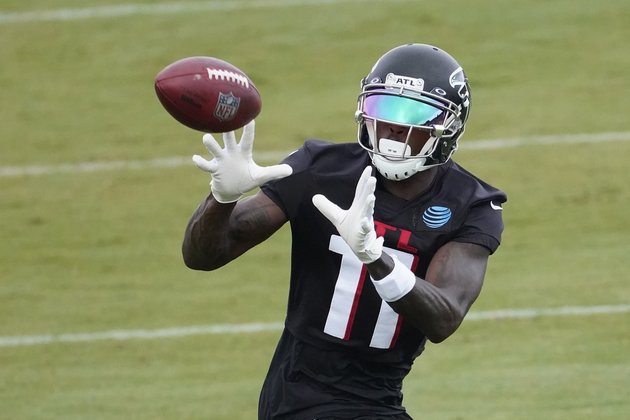 Atlanta Falcons wide receiver Julio Jones was a limited participant in practice on Friday and does not carry an injury designation into this weekend's road game against the Minnesota Vikings.

Jones had been listed as a non-participant in practice on Wednesday and Thursday with a hamstring injury. He has played in just one of the last three contests for the Falcons (0-5), who visit the Vikings (1-4) on Sunday (1 p.m. ET).

The seven-time Pro Bowl selection and two-time first-team All-Pro last played in just the first half of the Falcons' 30-16 loss at Green Bay on Oct. 5. He sat out Atlanta's 23-16 loss to Carolina on Sunday.

Jones, 31, has been dealing with the hamstring issue since tweaking it during a scrimmage on Aug. 28. He has 15 catches for 213 yards and no touchdowns this season.

While Jones did not have an injury designation, the Falcons ruled out defensive end Takk McKinley (groin) and rookie safety Jaylin Hawkins (concussion). Defensive end John Cominsky (illness, not COVID-19 related) did not participate in practice on Friday. He is listed as questionable to play in Sunday's game.