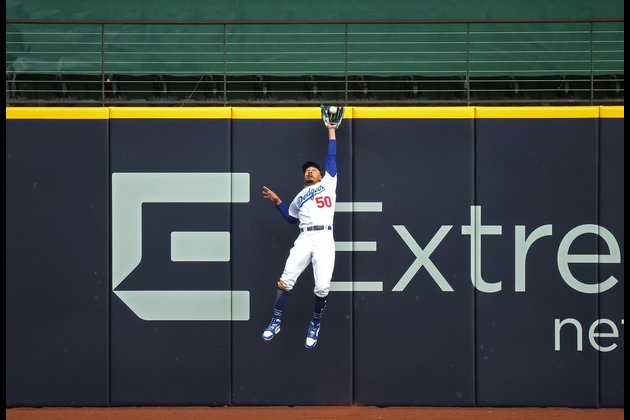 Corey Seager and Justin Turner hit back-to-back home runs in the first inning as the Los Angeles Dodgers completed their rebound from a slow start in the National League Championship Series to force a deciding Game 7 with a 3-1 victory over the Atlanta Braves on Saturday at Arlington, Texas.

Braves starter Max Fried worked through his struggles in the opening inning to keep the Braves in the game.

The Dodgers trailed 2-0 and 3-1 in the series but will now get a chance to advance to their third World Series in the past four years with a victory on Sunday. They will send rookie right-hander Tony Gonsolin to the mound in the deciding game.

The Braves have now missed out on two chances to go to their first World Series since 1999. They also will turn to a rookie in right-hander Ian Anderson, who has yet to give up a run in three playoff starts and 15 2/3 postseason innings.

Fried (0-1) opened his outing in Game 6 by getting Mookie Betts on a fly ball to center field. Seager followed with a home run to right field on a 0-1 curveball, while Turner crushed a sinker two pitches later over the wall in center.

After a walk to Max Muncy and a single from Will Smith, Cody Bellinger delivered run-scoring single to center for a 3-0 advantage.

The Braves had a prime scoring chance in the second inning, opening with singles from Travis d'Arnaud, Ozzie Albies and Dansby Swanson to load the bases. But Buehler (1-0) escaped the jam by striking out Austin Riley and Nick Markakis, before Cristian Pache grounded out.

Atlanta had another scoring chance in the fifth inning. Freddie Freeman singled with two outs before Marcell Ozuna crushed a drive to right field. But Dodgers outfielder Betts made a leaping catch up against the wall to rob Ozuna of extra bases.

The Dodgers' bullpen shut down the Braves. Blake Treinen gave up a run in the seventh inning on a Ronald Acuna RBI double. Pedro Baez pitched a perfect eighth inning, while Kenley Jansen worked a perfect ninth for his second save of the postseason and his first since the wild-card round.

Key allies and partners distancing from U.S. in droves

Since Donald Trump took office as president, the image of the United States has suffered across many regions of the ...

A joint UN-hosted donor conference to rally international support behind Myanmar's displaced Rohingya minority, ended on Thursday with a promise ...

Black Holes comes of age with recognition of Penrose, Genzel and Ghez

The Nobel Prize in physics for 2020 has been shared by Roger Penrose, the mathematical physicist, for his work on ...

TEHRAN (Tasnim) - Joe Biden did a better job in the final debate on Thursday, according to a CNN Instant ...

Ireland locks down as second wave of virus sweeps through Europe

China's Bilibili to join BBC Studios in production of documentaries

This week the United States Department of Justice (DoJ) filed a lawsuit accusing Google of using "anticompetitive tactics to maintain ...

To Sleep With Anger