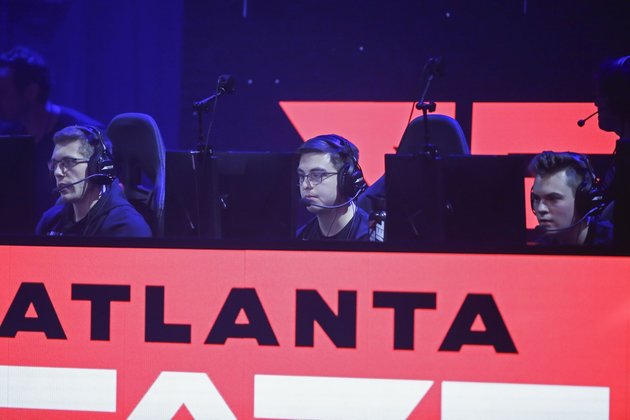 The second Call of Duty League season will begin online with the Atlanta FaZe Home Series, to be held Feb. 11-14, the league announced Tuesday.

Before the season's official start, the league is hosting the preseason Call of Duty League Kickoff Classic, which will be broadcast on YouTube Jan. 23-24 and is being held to mark the league's first anniversary.

Fans can take part in the Kickoff Classic by helping to determine the matches. Each of 2020's top three regular-season teams -- the Dallas Empire, FaZe and OpTic Chicago (formerly Chicago Huntsmen) -- will host online polls to allow fans to select their opponent in the event.

The league also introduced the Group Selection Draw Show, which will be broadcast during the Kickoff Classic. It will feature a snake draft format that will allow teams to select the team that will be placed in its next-ranked opponents group.

For example, the Empire, as 2020 league champions, will select first, deciding which teams the second-place FaZe will have in their group. Atlanta then will select a team for Dallas' group.

The league previously outlined the format of the 2021 season. The regular season will include five stages, each finishing with a major tournament. Tournament seeding will be determined by head-to-head group play matches that take place during the three home series before each major.

On Friday, January 22, 2021, the Treaty on the Prohibition of Nuclear Weapons (TPNW) became international law for the 122 ...

Since September, the devastation wrought by the COVID-19 pandemic has deepened, infecting close to 100 million people, costing more than ...

President Joe Biden has issued an executive order that overturns a ban on transgender people serving in the U.S. military.In ...

NEW DELHI, India - India and China have agreed to push for an early disengagement of the frontline troops in ...

PanARMENIAN.Net - There is some evidence that a new coronavirus variant first identified in southeast England carries a higher risk ...

SYDNEY, NSW, Australia - Stocks in Asia were mixed on Wednesday.Japan's Nikkei 225 eked out a small gain despite concerns ...

IMF predicts Indian economy to grow at staggering 11.5 per cent

New Delhi [India], January 27 (ANI/Big News Network): India will reclaim the status of the world's fastest-growing economy, and will ...

NEW YORK, New York - U.S. stocks were out of favour on Tuesday with the main indices drifting lower.At the ...

NEW DELHI, India - After clashes between protestors and police in several parts of Delhi, farmers on Tuesday, the Samyukta ...

WASHINGTON, DC, January 26 (ANI) - The U.S. Senate has confirmed Janet Yellen to be the next Secretary of the ...