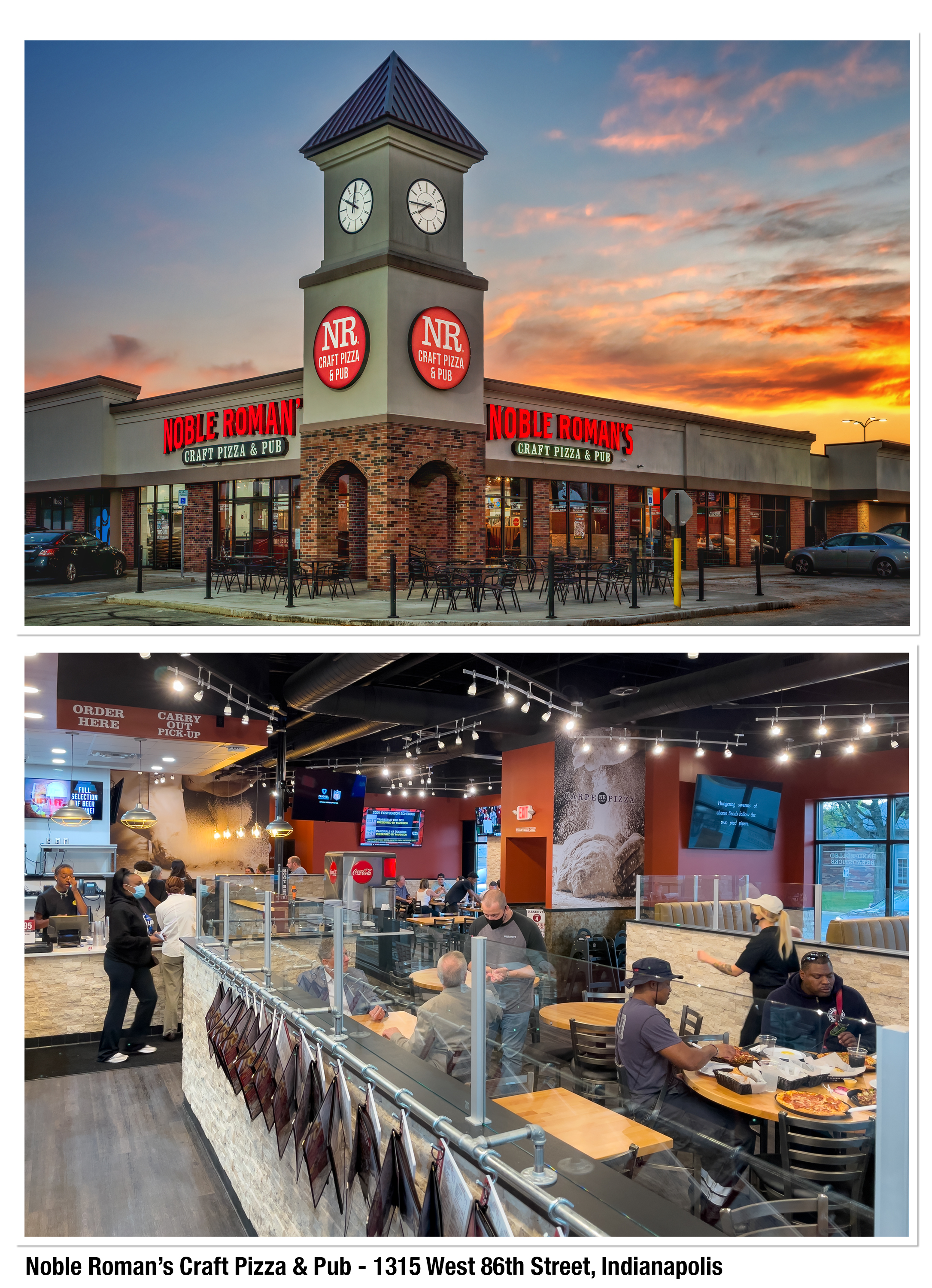 The new location features a slightly smaller footprint than previous Craft Pizza and Pub locations but has an outside dining area as an added guest experience. Like other recent locations, it was designed to increase speed of production and to increase the efficiency of the company's novel 'Pizza Valet' curbside carryout service. The new location occupies approximately 3,260 square feet and includes a beer and wine bar as well as additional outdoor seating.

Scott Mobley, President and CEO of Noble Roman's, commented, 'We are very excited about this new Craft Pizza & Pub location and the opportunity to serve a significant number of surrounding neighborhoods. This area is well acquainted with Noble Roman's and will have immediate brand awareness. With an ideal location to serve multiple neighborhood markets, there is also the opportunity of substantial employment and commercial activity along 86th Street, which is a major east-west traffic corridor.' Mobley continued, 'In addition to the location we are opening now, we are already under construction with the next Craft Pizza & Pub in Franklin, Indiana, a thriving community just south of Indianapolis. We are extremely pleased with the performance of our existing Craft Pizza and Pub locations and this opening, along with the other upcoming units, will continue to support revenue and EBITDA growth going forward.'

The Noble Roman's Craft Pizza & Pub which just opened is located under the bell tower at the Greenbriar shopping center, 1315 West 86th Street, Indianapolis, Indiana, 46260. The location can be reached for dine-in and curbside carry-out at 317-389-5565, or online at www.nrpizzapub.com. Hours are Sunday through Thursday from 11 AM to 10 PM, and Friday and Saturday from 11 AM to 11 PM.

The statements contained above concerning the company's future revenues, profitability, financial resources, market demand and product development are forward-looking statements (as such term is defined in the Private Securities Litigation Reform Act of 1995) relating to the company that are based on the beliefs of the management of the company, as well as assumptions and estimates made by and information currently available to the company's management. The company's actual results in the future may differ materially from those indicated by the forward-looking statements due to risks and uncertainties that exist in the company's operations and business environment, including, but not limited to the effects of the COVID-19 pandemic, the availability of hourly and management labor to adequately staff company-operated and franchise operations, competitive factors and pricing pressures, accelerating inflation and the cost of labor, food items and supplies, non-renewal of franchise agreements, shifts in market demand, the success of new franchise programs, including the Noble Roman's Craft Pizza & Pub format, the company's ability to successfully operate an increased number of company-owned restaurants, general economic conditions, changes in demand for the company's products or franchises, the company's ability to service its loans, the impact of franchise regulation, the success or failure of individual franchisees and changes in prices or supplies of food ingredients and labor as well as the factors discussed under 'Risk Factors' contained in the company's annual report on Form 10-K. Should one or more of these risks or uncertainties materialize, or should underlying assumptions or estimates prove incorrect, actual results may vary materially from those described herein as anticipated, believed, estimated, expected or intended.

UK to return to Nigeria statue taken in 1897

LONDON, England: A bronze rooster, taken from what is now Nigeria by British troops in 1897, will be returned to ...

NEW YORK CITY, New York: Shares of Virgin Galactic fell up to 20 percent after the company announced that it ...