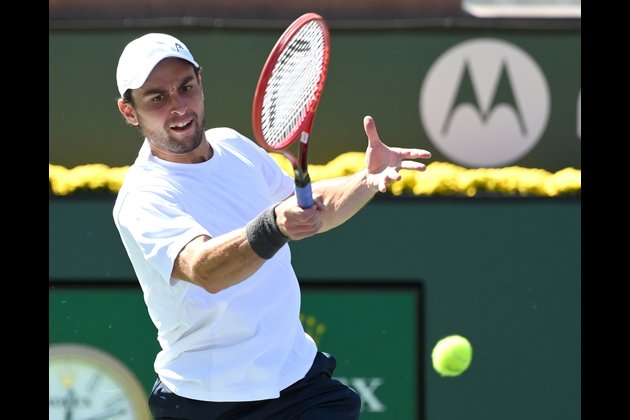 Russian Aslan Karatsev ended Andy Murray's bid for his first title since 2019 on Saturday after posting a 6-3, 6-3 win in the final of Sydney Tennis Classic.

The top-seeded Karatsev recorded four aces and benefited from five double faults by the Brit to claim his third ATP Tour title and first in Australia.

Karatsev needed one hour and 32 minutes to dispatch Murray, who was appearing in his first ATP Tour final since winning the title in Antwerp in 2019.

Karatsev and Murray now will turn their attention to the Australian Open. The former will face Spaniard Jaume Munar, while the latter will square off against Georgian Nikoloz Basilashvili. Murray dispatched Basilashvili in three sets earlier this week to reach the quarterfinals in Sydney.

Kokkinakis, a home-country favorite, held an 18-15 edge in aces and won 90 percent of his first-serve points to defeat Rinderknech in a two-hour, 38-minute clash.

Kokkinakis relied on his big serve to overcome a loss in the first set and even the match in the second. The 25-year-old then captured the first break of serve in the third on his way to recording the victory.

Kokkinakis will face German qualifier Yannick Hanfmann in the first round of the Australian Open, while Rinderknech will challenge Australian Alexei Popyrin.