Aztec gods left with no chants at California schools 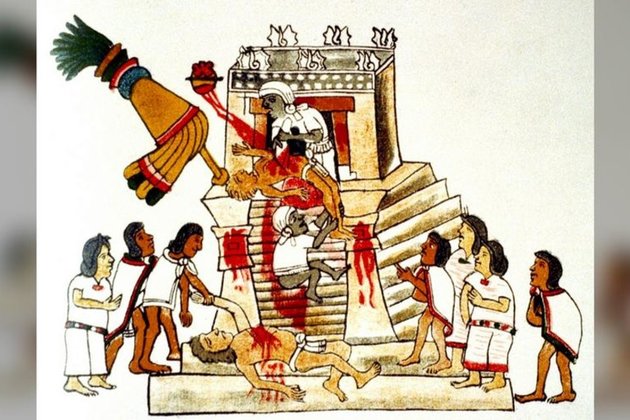 Students at California public schools won?t be asked to recite a chant based on Aztec religious practices, which some parents compared to a prayer to ?demotic? pagan gods, who used to get human sacrifices.

The California Board of Education and Department of Education (CDE) agreed to drop the rite from the model curriculum for the optional Ethnic Studies Program, local media reported. The decision was taken as part of a court settlement with three parents who objected to its adoption last March.

The model curriculum offered teachers a number of "affirmations, chants, and energizers" to be used in classroom to "bring the class together, build unity around ethnic studies principles and values, and to reinvigorate the class following a lesson that may be emotionally taxing or even when student engagement may appear to be low."

One of them dubbed "In Lak Ech affirmation" is based on Aztec beliefs about the world and its origin. The guideline describes it as an adaptation "into poetic, rhythmic, hip hop song form" of the Aztec concept of four movements or four epochs, the Nahui Ollin. The chant focuses on the idea of unity between oneself and another person.

The modern reimagining of Nahui Ollin puts forward four principles of self-reflection, learning history, creativity and self-renewal. However, they were named after Aztec deities. So when students during the In Lak Ech affirmation call out their creative side, for example, they also invoke Huitzilopochtli, the Aztec god of war, sun, and human sacrifice.

The plaintiffs in the case, represented by the Thomas More Society, alleged that the CDE was de facto introducing pagan prayers into the curriculum, in violation of California's constitution.

"The Aztec prayers at issue - which seek blessings from and the intercession of these demonic forces - were not being taught as poetry or history," Paul Jonna, partner at LiMandri & Jonna LLP and Thomas More Society Special Counsel, said in a statement.

The plaintiffs also complained about another suggested chant called "Ashe affirmation," which is derived from West African spiritual traditions. Ashe is the name of a universal esoteric force in the Yoruba people's folklore.

The school board rejected the claim that their model course had religious aspects and said it was aimed at helping schools have "local discussions on expanding ethnic studies offerings." The program was touted as paving the way to "confronting and ultimately transforming racism in our society and in our state."

Under the terms of the settlement, the two controversial chants are to be deleted from the model curriculum. The education authorities would not immediately comment on the outcome of the litigation. One of the plaintiffs, Jose Velazquez, said the settlement was a relief to the families and remarked that "it took a multiracial coalition of individuals with different backgrounds and beliefs to move a mountain to challenge the state education apparatus."

The chants were brought to national attention last year by conservative researcher Chris Rufo, who is known for his opposition to so-called critical race theory and what he sees as the encroachment of a dangerous racist ideology on American society. He celebrated the settlement, saying it vindicated his reporting and put to shame those who dismissed it as false.