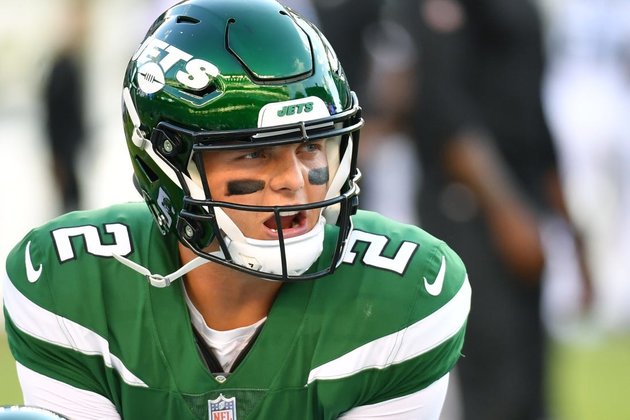 New York Jets quarterback Zach Wilson will have arthroscopic surgery on Tuesday in Los Angeles to repair the torn meniscus in his right knee.

Prominent orthopedic surgeon Neal ElAttrache will perform the surgery. Wilson was flying west on Sunday in preparation for the procedure.

The Jets are hoping ElAttrache will only need to trim the meniscus, but the actual extent of the surgery won't be known until he gets a closer look at the injury during the procedure.

Coach Robert Saleh said after practice on Sunday that the team is hopeful the damage is limited for the 23-year-old Wilson.

Wilson was hurt during Friday night's preseason opener in Philadelphia. He sustained the meniscus injury, as well as a bone bruise, in the first quarter after rolling out of the pocket and scrambling to his right. He made a cut to evade an Eagles defender, lunged forward and came up limping.

He was taken to the locker room shortly after and replaced by Mike White. The Jets went on to win 24-21.

Veteran Joe Flacco took first-team reps in practice on Sunday, and Saleh hasn't said whether Flacco will play Aug. 22 when the Jets host the Atlanta Falcons.

The Jets open the regular season on Sept. 11 against the Baltimore Ravens, the team Flacco led to a Super Bowl championship following the 2012 season.