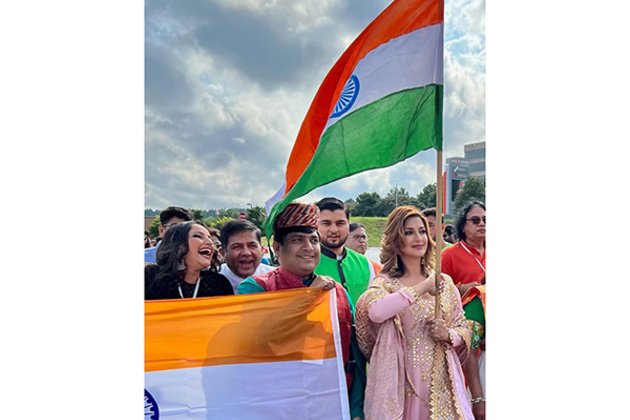 Taking to Instagram, Sonali shared a glimpse of her Independence Day celebrations.

She dropped a string of images in which she is seen waving the Indian Flag along with several other Indians in Atlanta. For the special occasion, she chose to wear an ethnic suit.

"Took a little bit of home to Atlanta... HappyIndependenceDay," she captioned the post.

Meanwhile, on the work front, Sonali recently made her OTT debut with ZEE5's series 'Broken News'. In the show, she essayed the role of a journalist named Amina Qureshi.

In 2018, she was diagnosed with cancer and underwent treatment for the same in the USA. After undergoing treatment for months, she finally defeated the disease and came out victorious, and since then she has been raising awareness about cancer. (ANI)