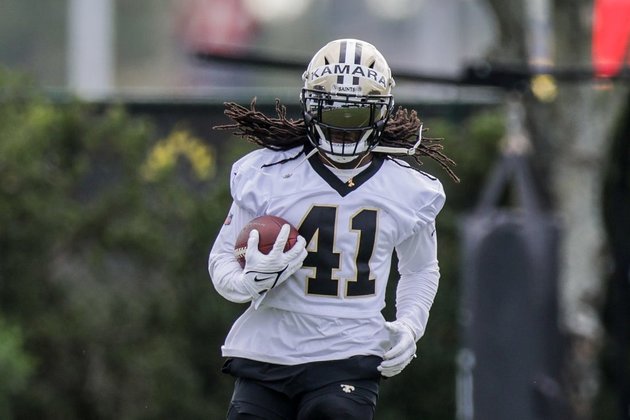 While the NFL weighs possible discipline related to assault charges, New Orleans Saints running back Alvin Kamara could be available for the regular-season opener.

According to ESPN, the league has "no immediate timetable" for a ruling on any potential suspension or discipline of Kamara, leaving open the possibility he will be on the field Sept. 11 against the host Atlanta Falcons.

Reports in June surfaced that Kamara was expected to be suspended up to six games for off-field conduct violations.

Kamara, 27, was arrested on felony battery charges after a Feb. 5 incident at a Las Vegas nightclub during the NFL's Pro Bowl weekend.

According to police, video evidence shows Kamara punching a man eight times. The alleged victim was knocked unconscious and sustained an orbital fracture to his right eye, police said. After the man fell, he was allegedly stomped on by others in Kamara's group.

Kamara played in the Pro Bowl at Allegiant Stadium in Las Vegas the day after his arrest.