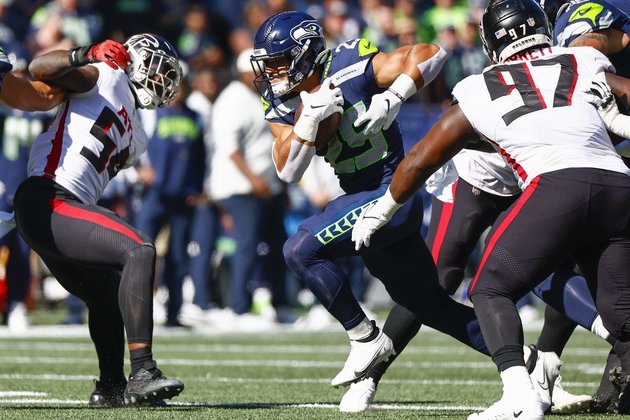 Homer will have to miss at least four games. Coach Pete Carroll said Homer was "really sore" after leaving Sunday's loss to the Atlanta Falcons.

In a corresponding move, the team signed cornerback Xavier Crawford off the practice squad to fill the spot on the active roster. He was elevated to the 53-man roster the past two games and played on special teams.

Homer, 24, has 18 yards rushing and four catches for 33 yards in a reserve role so far this season, his fourth with Seattle. He has also played a significant role on special teams.

The Seahawks also signed running back Godwin Igwebuike and fullback Cullen Gillaspia to the practice squad. Safety Scott Nelson was released from the 16-man squad to make room.

PALMDALE, California: Northrop Grumman has unveiled its new B-21 "Raider" jet, the first in a new fleet of long-range stealth ...

United, Boeing in discussions for 'major' purchase of 787s

CHICAGO, Illinois: Reuters has reported that United Airlines and Boeing are close to reaching agreement for placing a major 787 ...