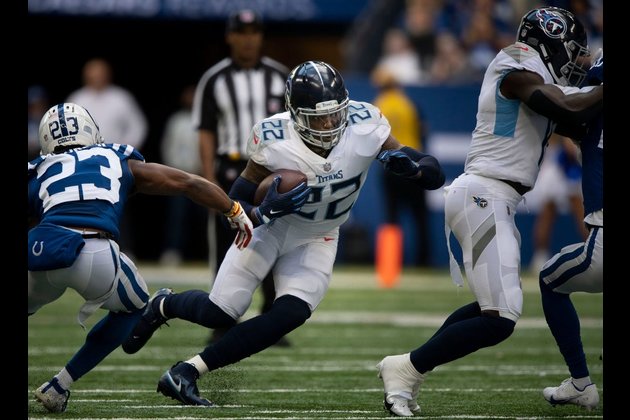 The Indianapolis Colts entertain the visiting Tennessee Titans on Sunday hoping a Week 3 upset is only the beginning of their good future.

The Colts (1-1-1) have renewed life after stunning the Kansas City Chiefs 20-17 last week, and look to break a three-game skid in the series against the AFC South rival Titans (1-2).

Quarterback Matt Ryan passed for 222 yards and two touchdowns. He also lived up to his "Matty Ice" billing by driving the Colts on a 16-play, 76-yard drive that he capped with a 12-yard scoring pass to Jelani Woods with 24 seconds left.

Ryan, in his 15th season, was obtained from the Atlanta Falcons in the offseason to give the Colts improved play at quarterback.

He knows that one good September win doesn't make a season.

"For me, the focus has to be on improving our consistency," Ryan said Wednesday. "Because the good is good, and the bad is really -- it's not good. We're capable of better consistently. And we've done it very well at times and we've done it poorly at times, we just need to be more consistent with it."

Tennessee is also coming off its first victory -- 24-22 over the Las Vegas Raiders. The Titans led 24-10 at halftime and later stopped a Raiders' 2-point conversion with 1:14 remaining to hold on.

Tennessee hasn't settled into a groove yet this season and quarterback Ryan Tannehill knows this week would be a good time.

"It's huge. We want to go 1-0 this week," Tannehill said. "That's the goal each and every week but crucial at this point of the season to get a win. We have a division opponent on the road at a tough place to play. We have our hands full but it is important for us to go out and play well."

Two-time rushing champion Derrick Henry showed signs of breaking out by accumulating 143 yards from scrimmage against the Raiders. He had season highs of 85 rushing yards and 58 receiving.

Taylor supplanted Henry last season as the NFL rushing champ when he rolled up a franchise-record 1,811 rushing yards. Taylor opened this season with 161 against the Houston Texans but has just 125 total over the past two games.

Tennessee linebacker Bud Dupree said there is no time to relax once Taylor takes a handoff.

"Any time you go against a great back, you know what comes with it," Dupree said. "You know they're going to run the ball, he's going to get the ball no matter what just like Derrick gets the ball here. ... Everyone has to get to the ball because he can make guys miss and he can break tackles."

Even with Taylor's game-breaking abilities, Indianapolis ranks last in the NFL in scoring offense at 13 points per game. The Titans are tied for 22nd at 17 per outing.

Linebacker Shaquille Leonard (back) practiced but it remains unknown if he will make his season debut.

PALMDALE, California: Northrop Grumman has unveiled its new B-21 "Raider" jet, the first in a new fleet of long-range stealth ...

United, Boeing in discussions for 'major' purchase of 787s

CHICAGO, Illinois: Reuters has reported that United Airlines and Boeing are close to reaching agreement for placing a major 787 ...

For All Mankind (4K UHD)