The World Cup-winning Spanish Captain has broken new ground by becoming a FUN88 Ambassador, a role in which he will help FUN88 clients gain exclusive insight and analysis 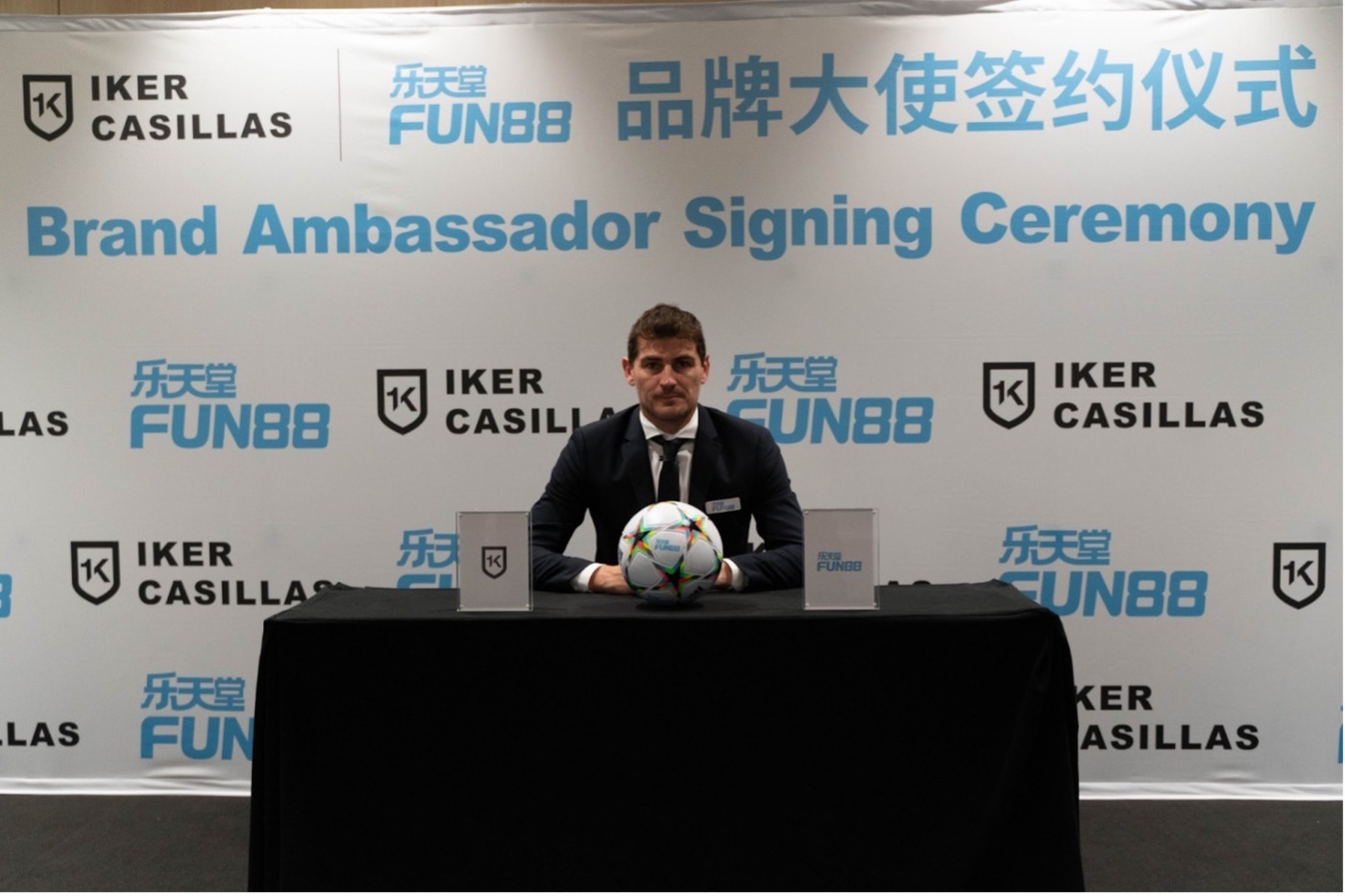 Iker Casillas - the football legend and World-Cup winning Spanish Captain widely recognized as one of the greatest goalkeepers of all times - became last month the latest official brand ambassador for FUN88.

As one of Asia's leading platforms connecting fans with the sports that they love, FUN88 has long been involved in global sports marketing, including as a valued partner of Tottenham Hotspur FC, the jersey sponsor of Premier League Club Newcastle United FC, and through collaborations with the late great Kobe Bryant. Through its new partnership with Iker Casillas, FUN88 plans an aggressive and ambitious expansion effort focused around growing its footprint in emerging markets, powered by its operating mantra of "engage, educate, and entertain."

"I'm excited to be representing FUN88 during this year's World Cup in Qatar," said Iker Casillas. "FUN88 has built a brand that directly aligns with my footballing history and passion for football, underpinned by a desire to fuse fun and fairness with flair across sports more widely. These are combinations that are vital to winning any game and entertaining any audience."

Iker added, "I look forward to bringing top-class content to the platform, allowing fans to find new and deeper ways to engage with and enjoy the sports they love."

To learn more about FUN88, or visit https://funtvthailand.com

This content is published on behalf of the above source. Please contact them directly for any concern related to the above.

Indonesia to outlaw sex outside marriage

JAKARTA, Indonesia: In a legal overhaul that critics say could curb freedoms and police morality in the world's third-largest democracy, ...

Hawaii braces for eruption on Big Island of Honolulu

HONOLULU, Hawaii: Officials are concerned that a major eruption of the Mauna Loa volcano on the Big Island of Hawaii ...

BUENOS AIRES, Argentina: A massive wave struck the Viking Polaris cruise ship this week as it was sailing toward the ...

After years of upheaval, US judge throws out Huawei fraud indictments

NEW YORK City, New York: Last week, a U.S. judge has dismissed an indictment against the chief financial officer of ...

China to sell electric vehicles in Japan in 2023

Change comes to US auto union as reformers win elections

NEW YORK, New York - Stocks in the U.S. and around the world fell on Wednesday although losses were mostly ...

Hearing aids now sold without prescriptions in US

WASHINGTON D.C.: Hearing aids can now be sold without prescriptions from a doctor in the U.S., making it easier and ...

Musk confirms that apple to resume advertising on Twitter

SEATTLE, Washington: Amazon.com is planning to resume advertising on Twitter, pending some security tweaks to the company's ads platform, purchasing ...